‘It was mortifying’ – The embarrassing issue suffered by hundreds of thousands of Irish women every day
Urinary incontinence is a common issue that many people are too embarrassed to discuss. Áilín Quinlan talks to two women about the impact the condition has had on them and how seeking help has changed their lives for the better

Selected excerpts from an article by Áilín Quinlan in the Health & Living section of the Irish Independent, July 17 2018

Do you leak when you laugh – or even when you cough?

It happens to hundreds of thousands of women around Ireland every day – and many don’t seek help because they assume that urinary incontinence is an inevitable result of, for example, giving birth.

Many suffer for years if not decades, like mother-of-two Laura O’Sullivan, whose problems began soon after the birth of her second daughter 30 years ago.

Now in her early sixties, the Glanmire, Co Cork resident recalls how for decades she tried to manage the condition.

“When I found that I was leaking, I was advised to do pelvic floor exercises,” says Laura. “I did do them, but they didn’t work.”

She also considered surgery, but was reluctant, she says, as she didn’t want to spend several days in hospital.

In the end she simply let it go and tried to adapt her lifestyle to the demands of the condition.

“If I wanted to go for walks I only went for small walks and I’d choose a route where I could use a loo,” says Laura.

But as the years passed, the problem got worse.

“It became so bad that if I coughed or sneezed I would leak – it was terrible. I even stopped swimming, every time I went into the water I needed to go, so I’d be in and out to the loo. It made me a bit anxious,” she adds.

About two years ago she developed a very bad cough – and was leaking quite a bit, she says – but this time she took action.

After hearing about a new laser treatment for the condition – a walk-in, walk-out procedure which is non-invasive and painless – Laura began treatment last November. It has been very successful, she says.

“To be honest my quality of life had been terrible,” she says. “I’m wondering now why I let it go on so long!”

According to the Irish Longitudinal Study on Ageing at Trinity College in 2017, which studied the extent of urinary incontinence in the Irish population, the problem affects one in five adults over the age of 54.

“It impacts on quality of life and has been shown to affect mood.

“People become more anxious and depressed as a result of it. They can withdraw from social participation; they may avoid golf or bridge activities. Apart from the physical element, there are significant emotional and social aspects.”

It’s hoped that a new blueprint for dealing with adult incontinence – which involves nurse specialists in the area as well as specialised physiotherapists supporting primary care – will be submitted to the HSE within the next year.

An overactive bladder is a problem that involves the symptoms of frequent running to the toilet – for many people with the problem it means they go more than eight times a day – and several times a night.

The third symptom of the overactive bladder is urgency.

“This means you cannot stop the need to go. It’s latchkey urgency.

We don’t really know what causes OAB, but it is common in women who may have had childhood bed-wetting and also in women who pick up bad bladder habits – for example people on shift work or teachers or nurses who cannot always go to the loo when they need to. In such cases there is “a subconscious deferring of the bladder over the years.” Older women who are post menopause can get a low-grade cystitis which can irritate the bladder, and cause incontinence.

Management of the problem is done in a number of ways.

“It’s about lifestyle in terms of weight loss, improving your overall health and being aware of your fluid intake.”

Affected women should drink a total of only one to one-and-a-half litres of fluid a day, which should require visits to the toilet only every three to four hours – and allow them to sleep through the night.

It’s also important to avoid stimulant drinks – caffeine is a potent stimulant to the bladder.

“And remember, there’s as much caffeine in tea as in coffee.”

A range of medications is available – but sufferers must also learn bladder re-training techniques.

This requires sufferers to begin to delay urination in a staged way.

For example on week one, they’ll hold off going to the loo for five minutes after experiencing the need to go. On week two, they will try to hold off for 10 minutes, and in week three, they will delay for about 15 minutes.

The second type of incontinence is SUI.

“SUI is caused primarily by childbirth which can result in a weakening of the pelvic floor.”

“However, gaining weight can contribute also and if you are constipated, this can be a factor.”

“Urinary leakage as a result of a cough sneeze, laughing or exercise can have a severe impact on a women’s quality of life,” adding that women can be reluctant to go out or to exercise in case of having an accident.

Treatment involves physiotherapy, surgery or a relatively new procedure called transvaginal laser treatment which effectively promotes the formation of new collagen, which is the basic structural support for the vagina.

“This has been shown to be a very effective non-surgical option and very suitable for women who don’t want surgery,” adding that it’s also suited to women with young children who may want more children.

For *Emma, a mother-of-four in her early 40s, laughing or leaping was not an option following the birth of her second child.

“If I sneezed or jumped or laughed, I’d lose control,” she says.

“I was in my early twenties at the time and most of my friends didn’t have children so I had nobody to talk to about it with.”

She put up with it, she recalls, for around 14 years.

“I mentioned it to the GP and was advised to do my pelvic floor exercises and I did them along with other things to strengthen my pelvic floor, but nothing worked.

” I used pads a lot! When I went away for a few days with my friends I’d be dreading doing things like going on a speedboat.

“You live in fear of an accident at any time when you’re away from the house.”

However, by the time her fourth child was born, Emma was in her thirties, and many of her friends had had children – and incontinence problems.

“They too found they had accidents when they were laughing or jumping,” she recalls.

“One day a woman at a party told me she had the problem resolved a few years ago with a pelvic sling operation, for which you have to have surgery.”

Encouraged, Emma saw her GP, who referred her to a consultant.

“I had a range of test and scans and it was decided that there was a weakness in the bladder,” she says. “I discussed it with my consultant. I could go for either the sling or have laser therapy.

“I chose the laser therapy in the end because it’s so much less invasive.

“I had the first two sessions over May and June of this year, and so far have noticed a significant improvement. “I’ll be having my final laser treatment this November.

“I can laugh without leaking now, but I’m still trying to build my confidence because you become so used to having to deal with the problem it takes a while to relax and remember that it has been sorted. I am told my condition will probably improve even further.

“I was putting up with this problem for the last 14 years and I think half the problem is that as women we are expected to accept something as a woman’s problem rather than to do and do anything about it because it ‘part of life’.”

* Not her real name

Book an appointment today and free yourself from discomfort. 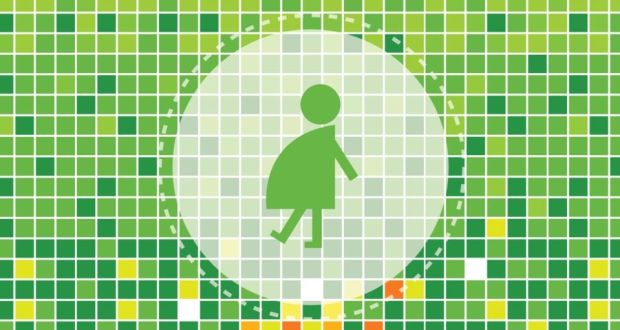